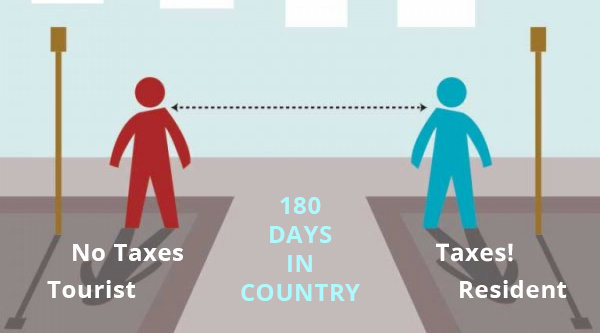 For this, you’ll want to understand the 183-day rule.

How long can I stay in another country?

Any time you visit another country, you have to go through an immigration check.

Are you a resident/citizen or a foreigner?

If you’re a foreigner, you need permission.

You will need a visa.

You get one by applying to the country you want to visit and waiting for them to issue it. There is a quicker way.

For example, if you’re a citizen of the United States, you have an alternative option known as a Visa waiver.

The country you are entering is waiving the visa requirement. For U.S. citizens, most countries grant you the option to use a Visa waiver. This is partially why a US Passport is considered a good one to have.

People frequently call the visa waiver a “tourist visa” because that who is generally using one. To be clear, there is no actual “tourist visa.” Immigration stamps your passport and tells you how long you can stay. You just don’t need to show them an actual visa.

Visa waivers vary quite a bit from country to country. They range from 30 days to 1 year. Most countries give you a 30-90 day waiver to start. Once that period is up, in some countries you can apply for an extension.

Once you’ve hit the max number of days for the year, you have to leave the country. If you don’t, bad things can happen (getting fined, jailed, deported and not allowed to ever return, etc). Don’t do this.

How long you have stayed in this country becomes an issue around the 183rd day in a foreign country.

The 183-day rule is essentially the halfway point for days in a year. Many countries use this marker to determine whether you are a visitor in their respective country or if you are living there. If the government decides you are living there, they want to tax you as a resident. You gotta pay the man.

The 183-day rule is key for anyone planning to live around the world permanently. Nations have different criteria regarding when the 183 days are judged. Some use their calendar year for counting the days, and some use a fiscal year.

Many countries start the countdown the day you enter the country, but some do not. These differences are vital information to understand what your potential country uses for a countdown marker if you’re going to push the 183 day mark.

For United States citizens, let’s get this out of the way right now…you’re paying income tax in the US. It doesn’t matter if you haven’t set foot in the U.S. for one year or ten years. If you are a U.S. citizen, you file a U.S. federal tax return and pay your taxes. There are some exceptions.

You owe income taxes in the United States, no matter where it may be earned, because the U.S. has a citizen-based taxation system.

They don’t care where you live and/or work, you pay. You may also have to pay state taxes if your state has them (a good reason to base out of Nevada for example).

The only way to avoid filing a U.S. tax return and paying taxes in the U.S. is to renounce your U.S. citizenship. This is a serious matter and can have permanent ramifications. Typically this only a useful option for high income individuals who want to live abroad permanently and don’t need to visit the US often.

If you spent more than 183 days in another country, you would also have to file and pay taxes under their system. How it works varies by country.

What you want to avoid is double taxation. If you are a U.S. citizen and live over 183 days in another country, you would be filing two separate tax returns, potentially on the same income. There are some exemptions and deductions that you can take on your US return.

One is the Foreign Earned Income Exclusion (FEIE). This IRS regulation allows ex-pats to exclude $108,700 of income earned abroad from their U.S. taxes. And it goes up each year with the cost of living. You have to reside outside the US for at least 330 days each calendar year to get this exclusion.

Another option is the Foreign Tax Credit (FTC). This is a more complex system that allows ex-pats to reduce their U.S. tax obligation even more than FEIE if they have paid taxes internationally. However, FTC only permits certain types of income for this, and different countries have unique considerations.

Tax resident- the international side

You know the broad strokes of living internationally and paying taxes back in the United States. What about your current country? Aside from the U.S. citizen-based taxation system, there are three other tax systems.

There are 3 tax systems in the world:  territorial-based, resident-based, or no taxable income.

Some countries have no income tax, like Monaco and Qatar. However, countries are territorial based. This system taxes income that is made only in their country. Resident-based taxation is used by quite a bit of Europe, which taxes citizens’ income from local and foreign sources.

What decision to make first? Tax residency or where to live?

Here’s how we feel you should do it:

·   Decide WHERE you want to be a tax resident first. If you plan on spending over 183 days in a country, you should be aware of their tax laws before you do this.

·   You could pick a territorial based income tax country, like Singapore, as your tax residency. If you then make your money online or in another country, it would be tax free in Singapore. You can spend 183+ days in Singapore without changing your tax implications.

·   If you pick a resident based country like Mexico or Colombia to spend more than 183 days, now you are a resident and you have to file two tax returns. The key is to make sure you have a tax professional doing the returns to eliminate double taxation. This isn’t that difficult and is worth it to pay a pro.

·   Tax effects can change if you become a citizen of the country you wish to spend most of the year living in.

Check out your prospective countries on the list of taxation methods by country.

What else do I need to know?

There are other things to familiarize yourself with besides just income tax when living abroad. You will need to know these tax requirements, the Foreign Tax Compliance Act, and the Foreign Bank Account Reporting.

There are too many possibilities for us to cover in a blog post.

You’ll need to consult tax and immigration professionals to help you with these issues. At least now you know a bit about the lay of the land. 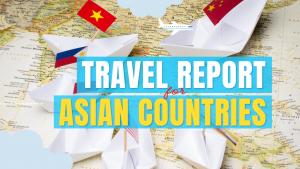 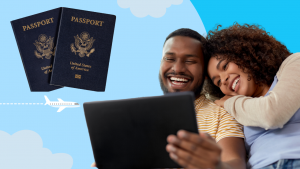 Soon You’ll Be Able to Renew Your Passport Online 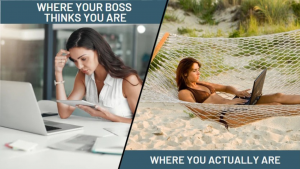 How to Work Abroad Without My Employer Knowing 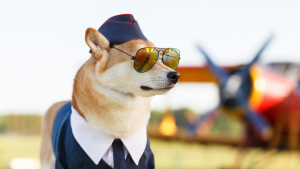 How To Fly Internationally With Your Dog: All Your Questions Answered 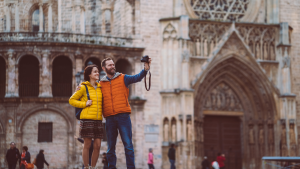 How to Obtain a Digital Nomad Visa in Spain 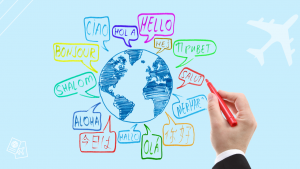 Learning a New Language for Travel